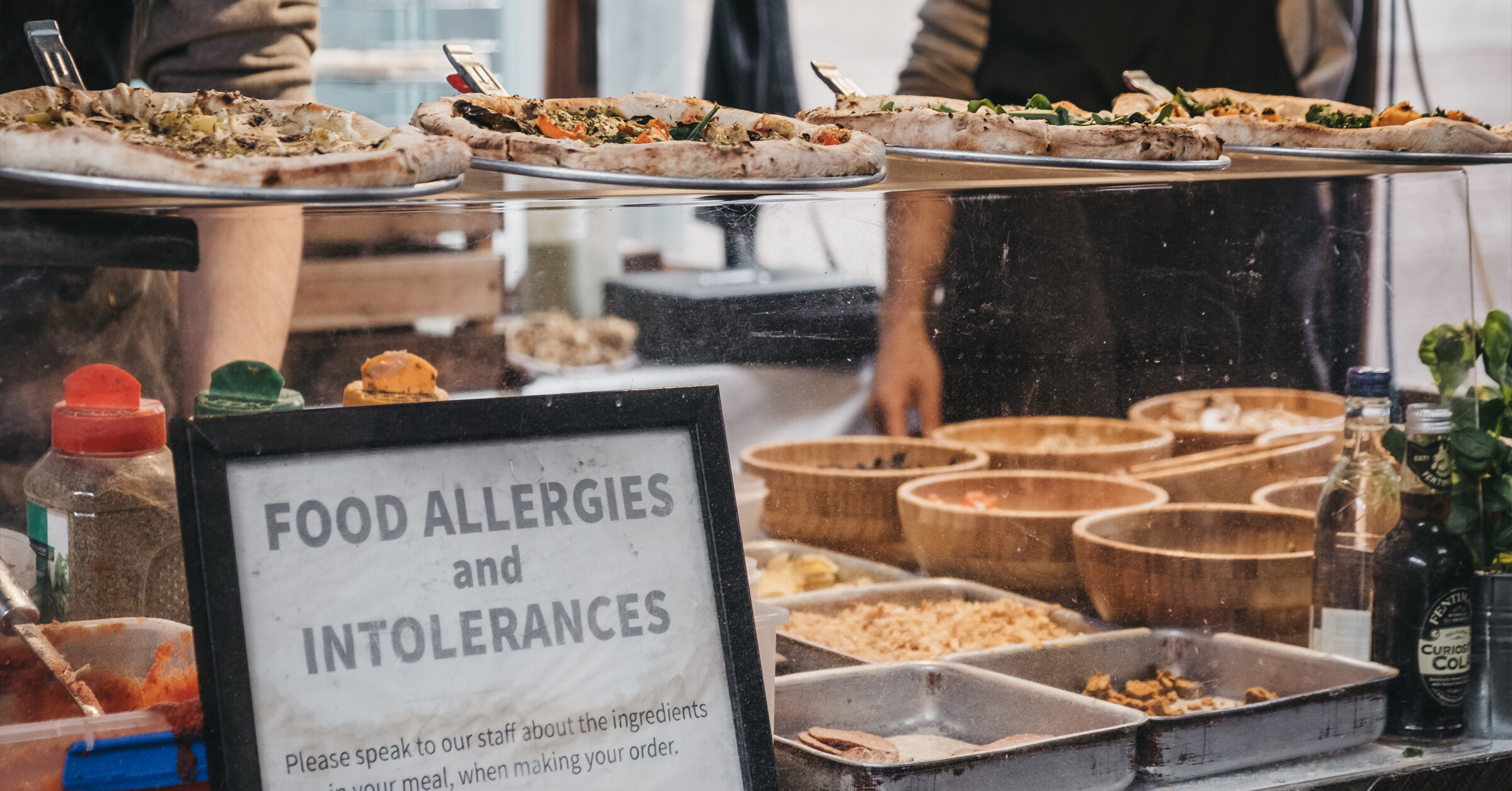 In the summer of 2016, on a British Airways flight from London to Nice, a young girl called Natasha Ednan-Laperouse suffered a severe allergic reaction after eating a Pret A Manger baguette. During the short flight she endured multiple cardiac arrests and sadly died a day later at a French hospital.

Since the tragic incident, Natasha’s parents have tirelessly campaigned for a change in the law regarding food safety and packaging in the UK. Until then, foods prepared and packed on the same premises in which they were sold, such as sandwiches or salads, were not required to have ingredients and allergens labels. As a result of the campaign, the UK law changed in October 2021 stating that every item of packaged food needs to display a full list of ingredients and allergen information. So how can the rest of the world follow suit and ensure they are protecting people from suffering life-threatening allergic reactions?

According to the research institute, Campden BRI, roughly 3% to 10% of adults and 8% of children worldwide are estimated to have a food allergy. Traditionally the consumer has always been the one to manage the risk when it comes to allergies. But wouldn’t it be great if we could all work collectively so that people with food allergies feel confident visiting a restaurant?

Food allergies are complex and constantly evolving, but we are learning more about them through science and microbiology. First, it’s important to understand the difference between a food allergy and a food intolerance. “An allergy will require a specific reaction from the immune system, whereas an intolerance requires a reaction from the digestive system.” explains François Bourdichon, a food safety and microbiology expert and an editorial board member of New Food Magazine.

The most common type of allergic reaction is called an IgE-mediated food allergy and leads to difficulty swallowing, a rash, dizziness and other symptoms. But some extreme allergies can result in anaphylaxis, which, without quick treatment can be life-threatening.

In the past decade the rise in allergy awareness has been notable, but there is still a long way to go to make this second nature to many people working in the food and beverage industry. Natasha’s Law, while shining a much-needed light on allergy awareness, is a law that only exists in the UK. So why aren’t other countries implementing their own legislation?

“The more you regulate, the more you need to supervise”, says François. “Businesses will need support and financial compensation in order to train everyone up to a certain level. That puts the onus back on the government. That is why you largely see food allergy recommendations made, rather than laws passed.” explains François.

The USA did pass it’s own variation of the law, nearly 20 years ago. According to the Food Allergen Labeling and Consumer Protection Act of 2004 eight allergens must be identified on pre-packaged foods, these include: milk, eggs, fish, shellfish, tree nuts, peanuts, wheat, and soybean. It has recently declared sesame as the ninth major food allergen. However, some food suppliers can make exemptions, plus the labeling only extends to prepackaged food. Again, there could be loopholes similar to those found in the UK before the introduction of Natasha’s Law.

Another key thing to remember is that the official allergen lists differ from country to country.

“It is based on the sensitivity of the population,” François explains. “We are being exposed to foods that we have never known before. These foods have been around for centuries, but when they are introduced to a new population, allergies might develop. Corn, for example, has been consumed in Europe for a million years, so in France there are fewer cases of gluten intolerance and celiac disease than in the USA.”

So how can we keep our kitchen and customers safe when it comes to food allergies?

The key things to remember are the food supply chain, food storage, handling and preparation.

Make sure you are fully aware of the produce you are purchasing from your suppliers. Do you know where the food originates from, and how it is being produced? The Codex Alimentarius Commission (Codex), a collaboration between the Agriculture Organization of the United Nations (FAO) and the World Health Organization (WHO), is the global organisation that provides international food standards, guidance, and codes of practice and is a good point of contact if you are unsure where to start. If food is being sold in another country, the supplier needs to adhere to the country’s laws around food safety and allergy information.

Ultimately, however, if you work in any environment where you prepare and sell food, it is your responsibility to know where the food originates from. “If you don’t know, you must know.” François warns.

Staff who are preparing and serving food should have detailed training to ensure they know how to deal with allergies. “All staff should ask about allergies from the outset and guide customers through the menu” says Hans Mogensen, co-owner of Boathouse, an Asian-inspired restaurant chain with locations in California and Nevada. “Communication is so important when dealing with a customer with allergies. The kitchen must be informed as soon as possible”, explains Hans.

According to the Centers for Disease Control and Prevention, you should: “Prepare meals for customers with food allergies on separate equipment and in separate workspaces, or thoroughly clean equipment and workspaces before preparing allergen-free food. This is a key practice, as allergens often accidentally get into other foods through shared equipment.”

François is a big advocate for training too, recommending courses which meet the HACCP and BRCGS standard should be conducted at least once a year.

“Allergy awareness is a complex issue. There isn’t a one-size fits all solution as there are a lot of factors to consider. It’s a long journey that the sector will continue to deal with as new allergies are discovered.” concludes François.

This website uses cookies to improve your experience while you navigate through the website. Out of these cookies, the cookies that are categorized as necessary are stored on your browser as they are essential for the working of basic functionalities of the website. We also use third-party cookies that help us analyze and understand how you use this website. These cookies will be stored in your browser only with your consent. You also have the option to opt-out of these cookies. But opting out of some of these cookies may have an effect on your browsing experience.
Necessary Always Enabled
Necessary cookies are absolutely essential for the website to function properly. This category only includes cookies that ensures basic functionalities and security features of the website. These cookies do not store any personal information.
Non-necessary
Any cookies that may not be particularly necessary for the website to function and is used specifically to collect user personal data via analytics, ads, other embedded contents are termed as non-necessary cookies. It is mandatory to procure user consent prior to running these cookies on your website.
SAVE & ACCEPT
Go to Top