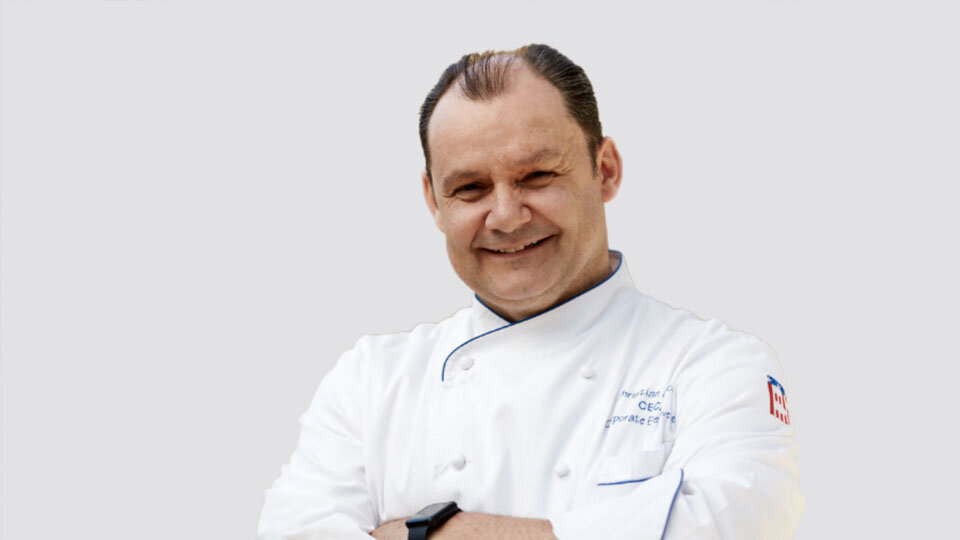 For Christian J Fischer, a well-known chef and industry consultant, cooking is all about ‘creating memories’. From his childhood working in hotels to his career in culinary development, he’s always considered it to be a medium that ‘brings people together’.

Indeed in Christian’s career he has applied this notion of connection and experience to his various culinary ventures. He was one of the first restaurateurs to adopt a salad bar, and whilst it had many business benefits, it was actually born out of necessity. “We simply didn’t have enough staff,’ he explains. His restaurants were busy, full of atmosphere and celebrated for their innovation.

“I’ve always been interested in dining as an experience,’’ he says. His connection to people and encounters is one that has served him well. As a child, he lived alongside his 10 brothers and sisters in his parents’ hotel. He spent his time helping in the family business, meeting people and working within the hotel team. Only during the low season, when he and his family took off to their holiday home on a lake, was he away from the hustle and bustle of hospitality.

When Christian left school he enrolled in medical school. However his surgical career was cut short when he blacked out just as he was about to perform his first operation. “I woke up in the locker room, and realized I was about to be kicked out of medical school’, he recalls. “My father suggested I work in the hospitality sector, so I started studying for a masters in hotel and restaurant management.”

Christian was keen to explore the restaurant side of hospitality, from serving and hosting to baking and butchering. He had a strong desire to succeed, wanting to ‘prove’ to his parents that working in a restaurant was as valuable a career as being a hotelier. 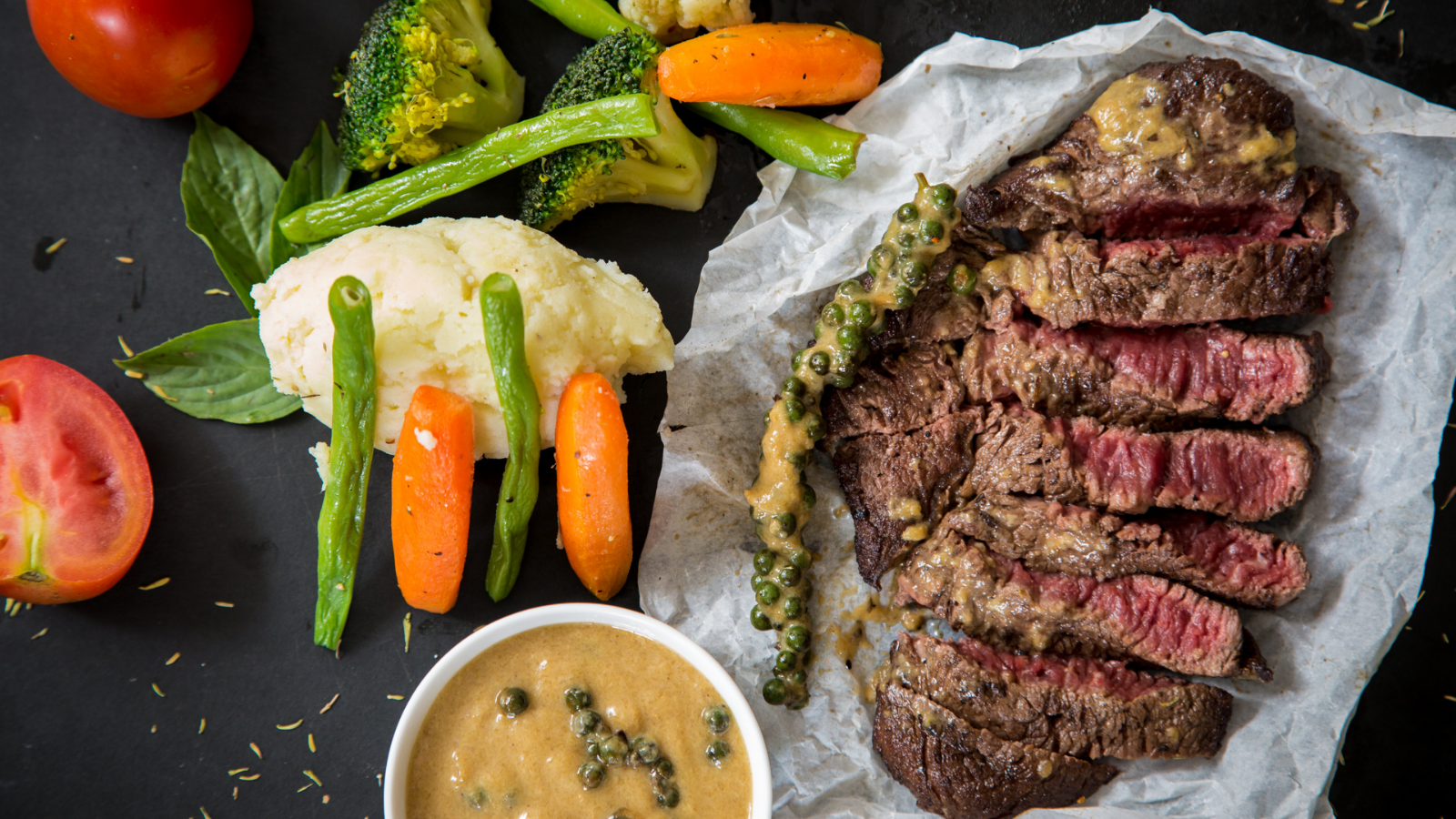 “I decided I would open my own restaurant”, he says. “I quickly opened a second, then partnered with a friend and within 6 years, I had opened 6 restaurants in and around Feldbach.”

Feldbach is unique in its location, nestled on the banks of the river Raab with close proximity to the Hungarian and Slovenia border.

It was here, during the 1990s, where he perfected his salad bar format. Fresh vegetables were served alongside a host of delicious meats and fish. He also embraced a no-choice menu. “We never had a menu, we just used to get whatever was fresh from the market and serve that alongside the salad bar. It meant we could keep costs down and crucially, food waste was reduced”

In 1991 Christian was approached by Stouffer Hotels, part of the Nestle company. “I sold my salad bar concept and ended up working for them”, he explains. So Christian left Europe and took up his new role in the US. “I worked for 18 years as an advisory chef, specializing in confectionery.”, he recalls. In 1998 Nestle’s R&D department moved to Connecticut, and Christian settled there. However, a few years later the department closed and he moved on to a new role as Chief Culinary Officer at the Compass Group.

The past few years have seen Christian’s ambition grow even further. He left the Compass Group to set up his own consultancy business, guiding new restaurants with online training, books and leadership courses. He part-owns several restaurants in Palm Beach, Florida and even hosts a hugely successful podcast called the Culinary Executive Mastermind.

“One of the things I am most proud of is my work with GPO on reforming campus dining. We look at the food that’s being served at top level universities such as Yale, Havard and Cornell. We look at how we can improve standards and processes.”

It’s perhaps unsurprising that Christian’s home life is busy too. He and his wife have four children, all of Chinese heritage. “My children have conditions which make them vulnerable and that’s why adopting them has been such an incredible experience”, he beams.

With Christian’s wife working as a psychologist and the children ranging in age from 25 to 10, there’s nothing better than congregating around the kitchen to cook together. “There’s something so special about making Chinese noodles. It connects my children to their heritage”, Christian explains. 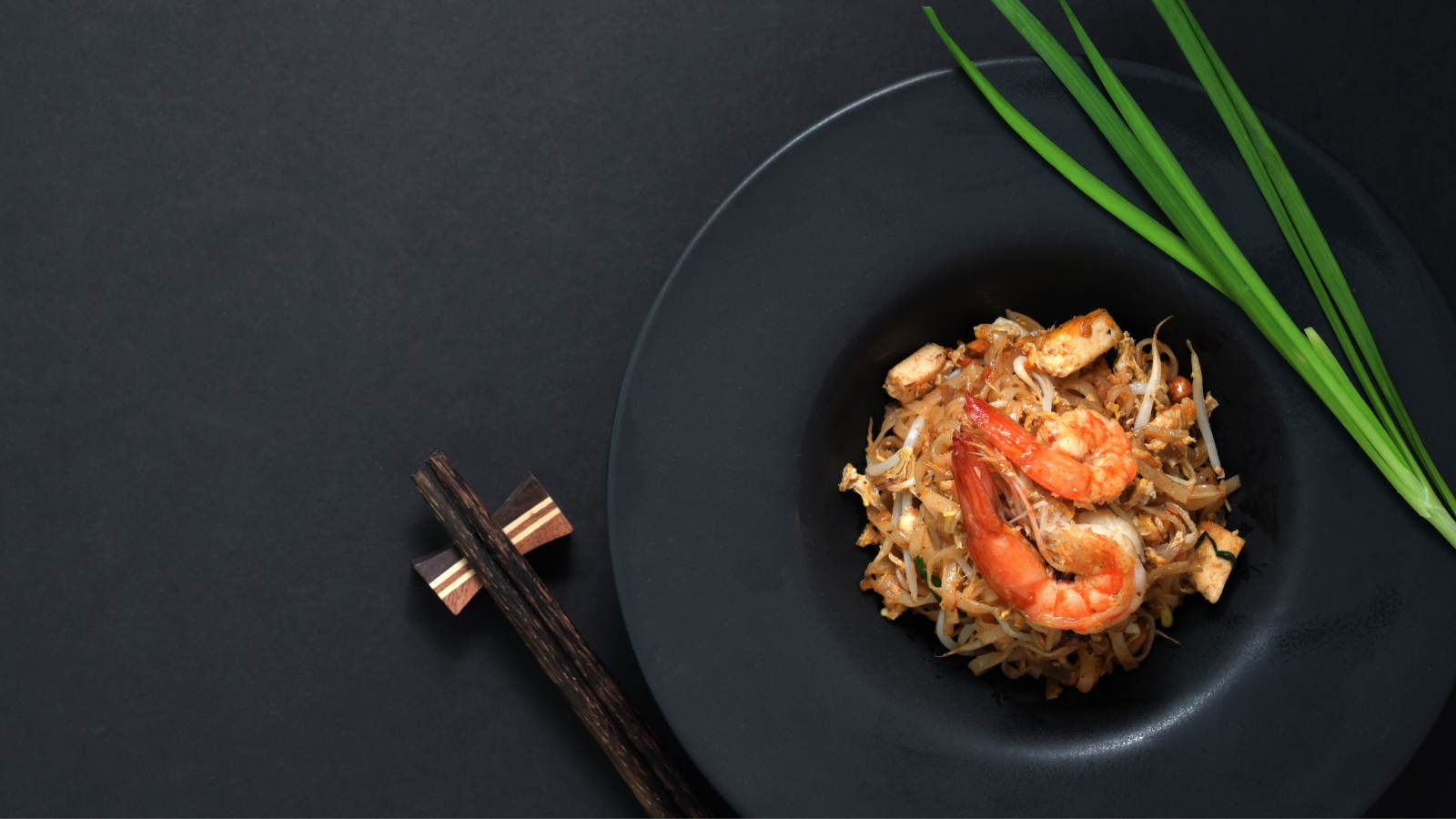 Even moving into consultancy can’t stop Christian’s intense love of cooking and handling fresh produce and ingredients. “Food has always been front and center for me”, he explains. At home in Connecticut he and his family own 1.5 acres of land which he uses to keep chickens and grow vegetables.

Christian is also passionate about sustainability. “I’m concerned about logistics. I’d rather have a local orange, that is not organic but sourced from across the street.”

And with his tireless energy, we suspect it is just a matter of time before Christian finds himself innovating when it comes to food supply chains and sustainability. We’ll certainly be watching.

This website uses cookies to improve your experience while you navigate through the website. Out of these cookies, the cookies that are categorized as necessary are stored on your browser as they are essential for the working of basic functionalities of the website. We also use third-party cookies that help us analyze and understand how you use this website. These cookies will be stored in your browser only with your consent. You also have the option to opt-out of these cookies. But opting out of some of these cookies may have an effect on your browsing experience.
Necessary Always Enabled
Necessary cookies are absolutely essential for the website to function properly. This category only includes cookies that ensures basic functionalities and security features of the website. These cookies do not store any personal information.
Non-necessary
Any cookies that may not be particularly necessary for the website to function and is used specifically to collect user personal data via analytics, ads, other embedded contents are termed as non-necessary cookies. It is mandatory to procure user consent prior to running these cookies on your website.
SAVE & ACCEPT
Go to Top