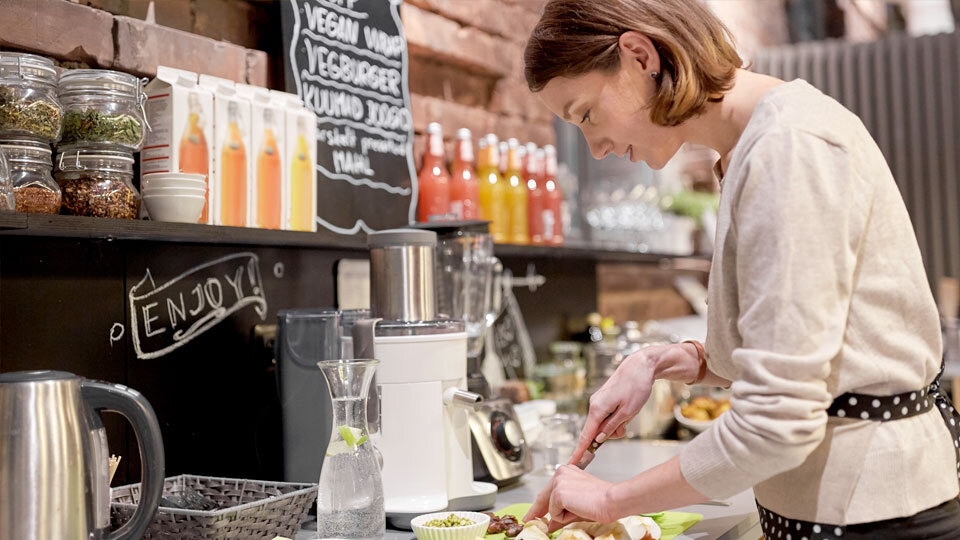 Walk along any urban street and it’s not uncommon to glimpse a range of plant foods being served — from jackfruit and zoodles to oat milk and tofu. There’s clearly been a growth in demand for vegan products, and, according to data from Ipsos MORI, around 3% of the global population now identify themselves as vegan.

The current rise in veganism is less about specific diets and more about personal health, our environmental impact on the planet and the ethical treatment of animals. Add in a global pandemic and there’s clearly been a shift in people’s attitudes. Far more of us are concerned with health and wellbeing than we ever have been before.

There’s also plenty of innovation entering the food and beverage market, both within manufacturing and foodservice. With so much choice, veganism has become even more accessible and appealing, helping to increase the appetite for plant-based food even further.

How does this translate to restaurants?

Chefs have long been aware that alternatives to meat need to be offered when they are devising menus. In addition, it is important that the waiting staff are well informed about how food is prepared so they can not only deal with dietary requirements, but also with food allergies “All staff should ask about allergies from the outset and guide customers through the menu” says Hans Mogensen, co-owner of Boathouse, an Asian-inspired restaurant chain with locations in California and Nevada.

According to the British newspaper The Guardian, red meat consumption has been static since the 1990s, although the growth of the world’s population has led to an overall increase in demand. However, we know that meat-based alternatives are now readily available, and since they are being sold in grocery stores and supermarkets, customers expect them to be offered in restaurants too.

The past few years has also seen a movement towards locally sourced food, such as freshly grown fruit and vegetables. Helped in part by the growth of direct sales due to online delivery services, this trend has seen people highly engaged by the ‘story’ behind their food, leading them to purchase items at farmers’ markets, local shops and directly from suppliers.

From a restaurateurs’ perspective there are benefits of embracing the trend for flexible and locally sourced diets, as food safety consultant Rachelle Gutierrez points out. “Increasingly chefs are being impacted by the supply chain issues, so they are forced to look at local produce and what is available during the season, this has led to more sustainable choices when it comes to ordering supplies.”

Chefs find this approach to ingredients and produce helpful too.

“Now, more than ever we should be mindful and seasonal when we cook”, says Fran Currie, a plant chef who avoids a whole range of ingredients that are known to be unsustainable, including avocados and bananas. “With everything I cook, I think about my impact on the planet”, says adds.

From artisan to organic, there are plenty of new food ‘terms’ that highlight a company’s commitment to sustainability.

Including artisan foods on your menu for example, shows that you support hand-crafted, traditional methods of food production and that your ingredients are made in smaller batches with higher-quality ingredients.

Pointing out that certain produce is organic is also important as people become more aware of harmful chemicals and problematic farming practices.

Social media has played a huge part in re-framing veganism — making it a mainstream lifestyle choice rather than an alternative movement. From Twitter hashtags to Instagram recipes, through these channels the trend has flourished and grown at speed.

The general media has also played its part in changing people’s eating habits. Exposé style documentaries such as Cowspiracy, Food Inc. and An Inconvenient Truth have highlighted the challenges of large-scale meat and dairy production.

What can we do?

Customers, particularly in fine dining restaurants, are increasingly interested in seasonal, organic and artisan foods as well as what vegan alternatives are on offer. They may even ask about certain aspects of food production. It’s important that we train our staff to understand where all our ingredients come from. As restaurateurs’ it’s also up to us to stay on top of the trends and always provide the best quality food to our customers.